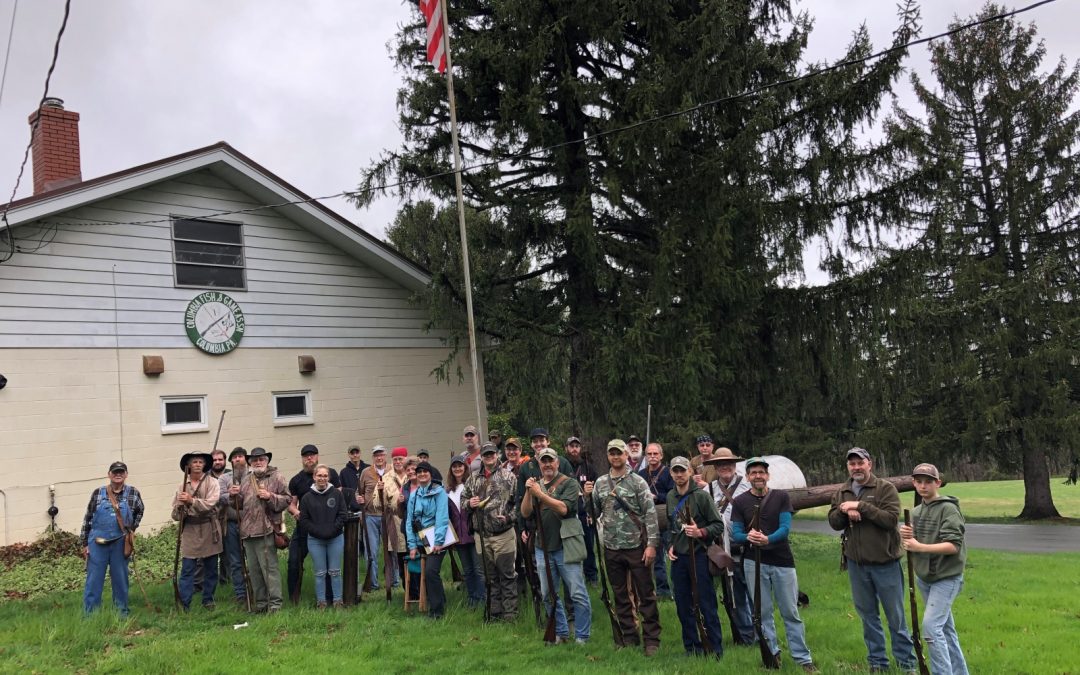 On Sunday April 11th, Columbia Fish and Game held it’s End of Winter Woods Walk. (Result grid at the bottom of the post)

As the day started the Mother Nature was figuring on having us cancel the event as it was raining hard at 10:00 AM and the shoot was scheduled to start at noon. Well, she must have changed her mind as the shooters started to show up at the club for registration. The rain slowed, then stopped and by the time the shoot started it was actually looking like it would be a nice day.

Before we get into the results of the event we’d like to extend our thanks to the boys of Boy Scout Troop 267 for their assistance in setting up all of the targets for the day (pictures below). There were 25 shooters which included some first time shooters along with 4 Junior shooters. The course was made up of 11 reactive steel animal targets in different settings and distances from 19 yds to 45 yds.

This still did not keep 4 shooters from running the course and tied for first place. To break the tie, the four had to shoot at our Ram target set at 68 yds. But they did not get to shoot at the entire ram. The winner was the shooter that put their shot closest to the hole in the Rams horn curl.

In the Junior class Stephen Polizzi was in First with 10 hits. Second Junior position had Aaron Manderwicz and Ethan Laubach tied with 8 hits each. Daniel Polizzi held the Fourth Junior position with 4 hits. All in all, the day turned out great, everyone had a lot of fun and are hopefully looking forward to the other shoots we will hold this year. 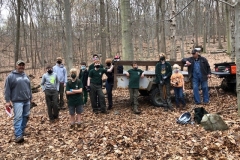 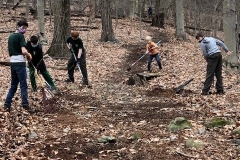 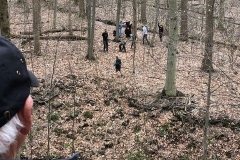 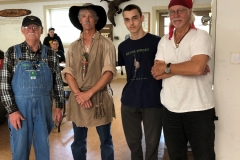 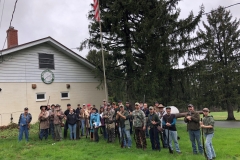