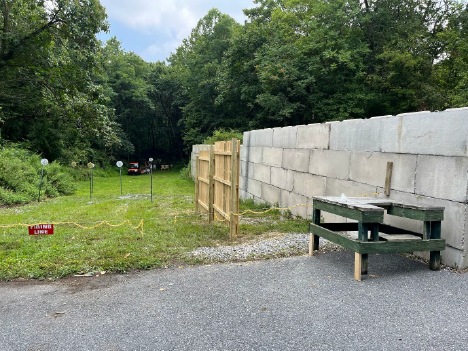 Ralph Carruthers and the board would like to say a great big “thank you” for all the guys and girls that showed up to make the improvements to the pistol range. With your help we were able to redesign the center pistol range for longer range, large caliber and rifle caliber pistols to shoot out to 75 and 100 yards. We also did a lot of tree work to open the canopy so that the targets down range are not blanketed by shadows.

Important note: Rifle-caliber handguns can be shot from the right bench only at the 75 and 100 yard target frames and steel at 75 and 100 yards. Do not shoot rifle-caliber ammunition on the left of the barricade. Anyone found doing so will be subject to disciplinary action up to and including losing your club membership.