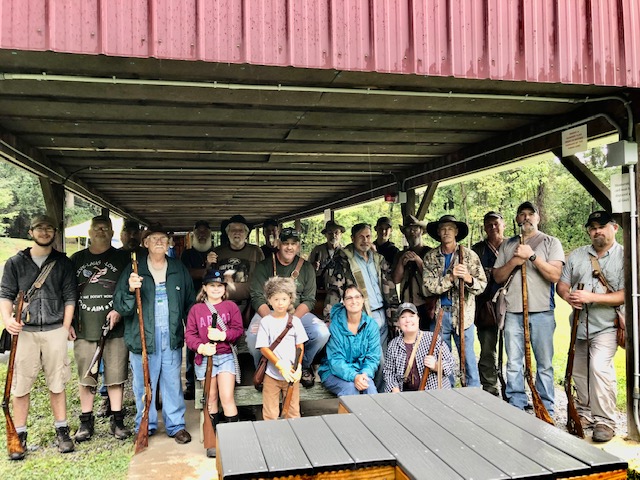 18 shooters turned out despite waking up to heavy rain in the early morning.  It was decided that a decision would be made by the shooters by 10am and the decision was made to shoot!!  Targets were moved out of the woods to be set up on the range, giving the shooters 12 challenging targets to hit. Temperature was warm and the heavy rain became a gentle mist from the 10am start time to the 3pm end time.  Everyone enjoyed delicious pulled pork sandwiches for lunch, served after shooting 7 targets. The remaining 5 targets were shot after lunch.

Many thanks to the ones who cooked and served the lunch, who help set the targets, and who came out to shoot in the rain!!  One shooter was so amazed, he said he had never shot his muzzleloader in the rain, until that day!

The adult winners were:

Meat prizes were awarded by Stanley Newcomer to the winners. 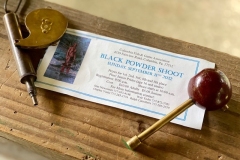 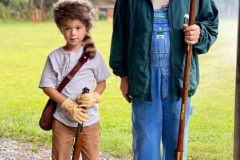 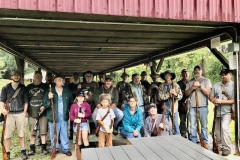 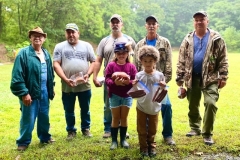 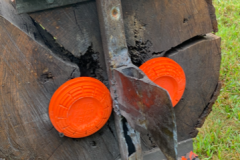